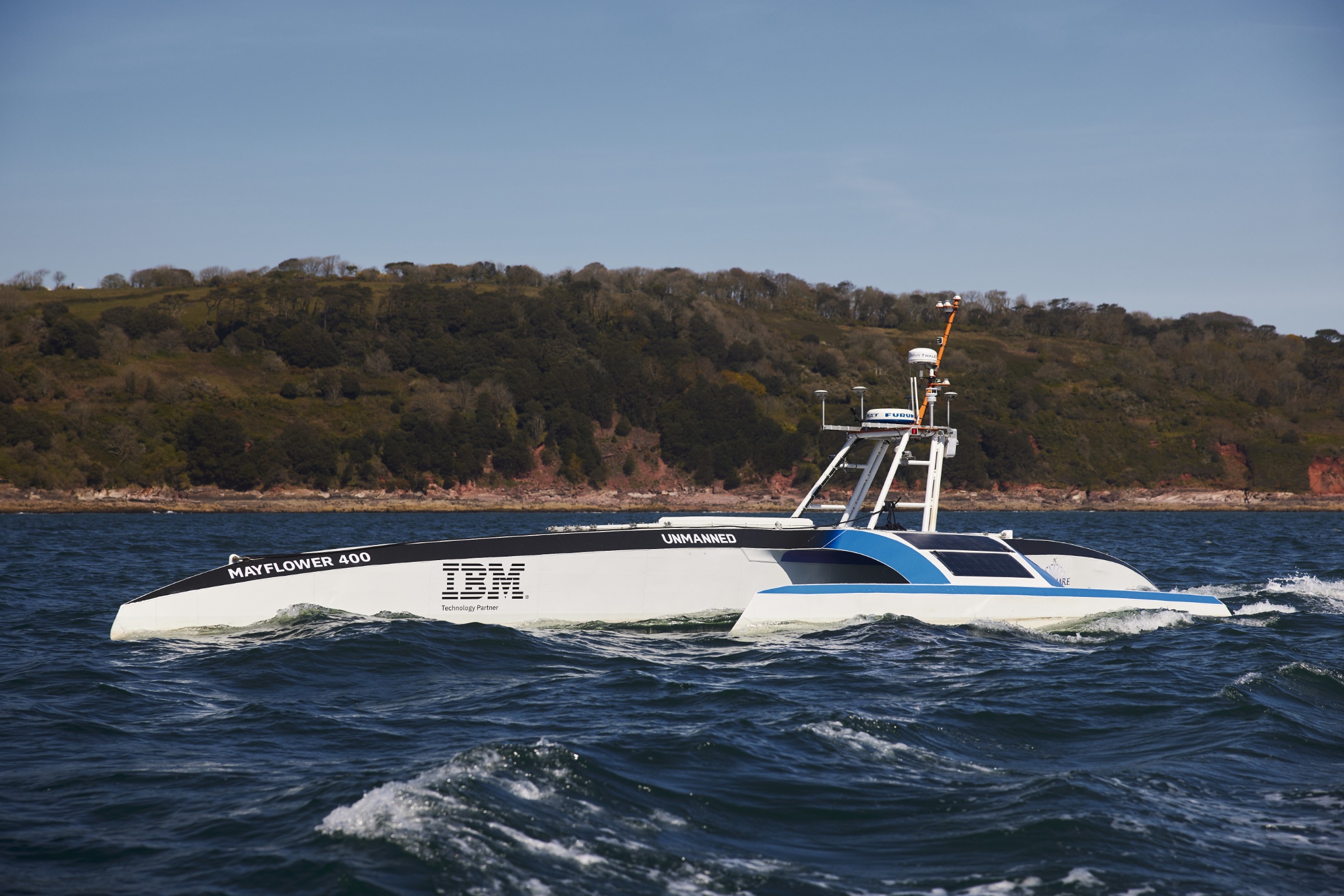 By Ryan Daws | June 6, 2022 | TechForge Media
Categories: Artificial Intelligence, Companies, Robotics,
Ryan is a senior editor at TechForge Media with over a decade of experience covering the latest technology and interviewing leading industry figures. He can often be sighted at tech conferences with a strong coffee in one hand and a laptop in the other. If it's geeky, he’s probably into it. Find him on Twitter (@Gadget_Ry) or Mastodon (@gadgetry@techhub.social)

A groundbreaking AI-powered ship designed by IBM has successfully crossed the Atlantic, albeit not quite as planned.

The Mayflower – named after the ship which carried Pilgrims from Plymouth, UK to Massachusetts, US in 1620 – is a 50-foot crewless vessel that relies on AI and edge computing to navigate the often harsh and unpredictable oceans.

IBM’s Mayflower has been attempting to autonomously complete the voyage that its predecessor did over 400 years ago but has been beset by various problems.

The initial launch was planned for June 2021 but a number of technical glitches forced the vessel to return to Plymouth.

Back in April 2022, the Mayflower set off again. This time, an issue with the generator forced the boat to divert to the Azores Islands in Portugal.

The Mayflower was patched up and pressed on until late May when a problem developed with the charging circuit for the generator’s starter batteries. This time, a course for Halifax, Nova Scotia was charted.

After more than five weeks since it departed Plymouth, the modern Mayflower is now docked in Halifax. While it’s yet to reach its final destination, the Mayflower has successfully crossed the Atlantic (hiccups aside.)

While mechanically the ship leaves a lot to be desired, IBM says the autonomous systems have worked flawlessly—including the AI captain developed by MarineAI.

It’s beyond current AI systems to instruct and control robotics to carry out mechanical repairs for any number of potential failures. However, the fact that Mayflower’s onboard autonomous systems have been able to successfully navigate the ocean and report back mechanical issues is an incredible achievement.

“It will be entirely responsible for its own navigation decisions as it progresses so it has very sophisticated software on it—AIs that we use to recognise the various obstacles and objects in the water, whether that’s other ships, boats, debris, land obstacles, or even marine life,” Robert High, VP and CTO of Edge Computing at IBM, told Edge Computing News in an interview.

IBM designed Mayflower 2.0 with marine research nonprofit Promare. The ship uses a wind/solar hybrid propulsion system and features a range of sensors for scientific research on its journey including acoustic, nutrient, temperature, and water and air samplers.

You can find out more about the Mayflower and view live data and webcams from the ship here.