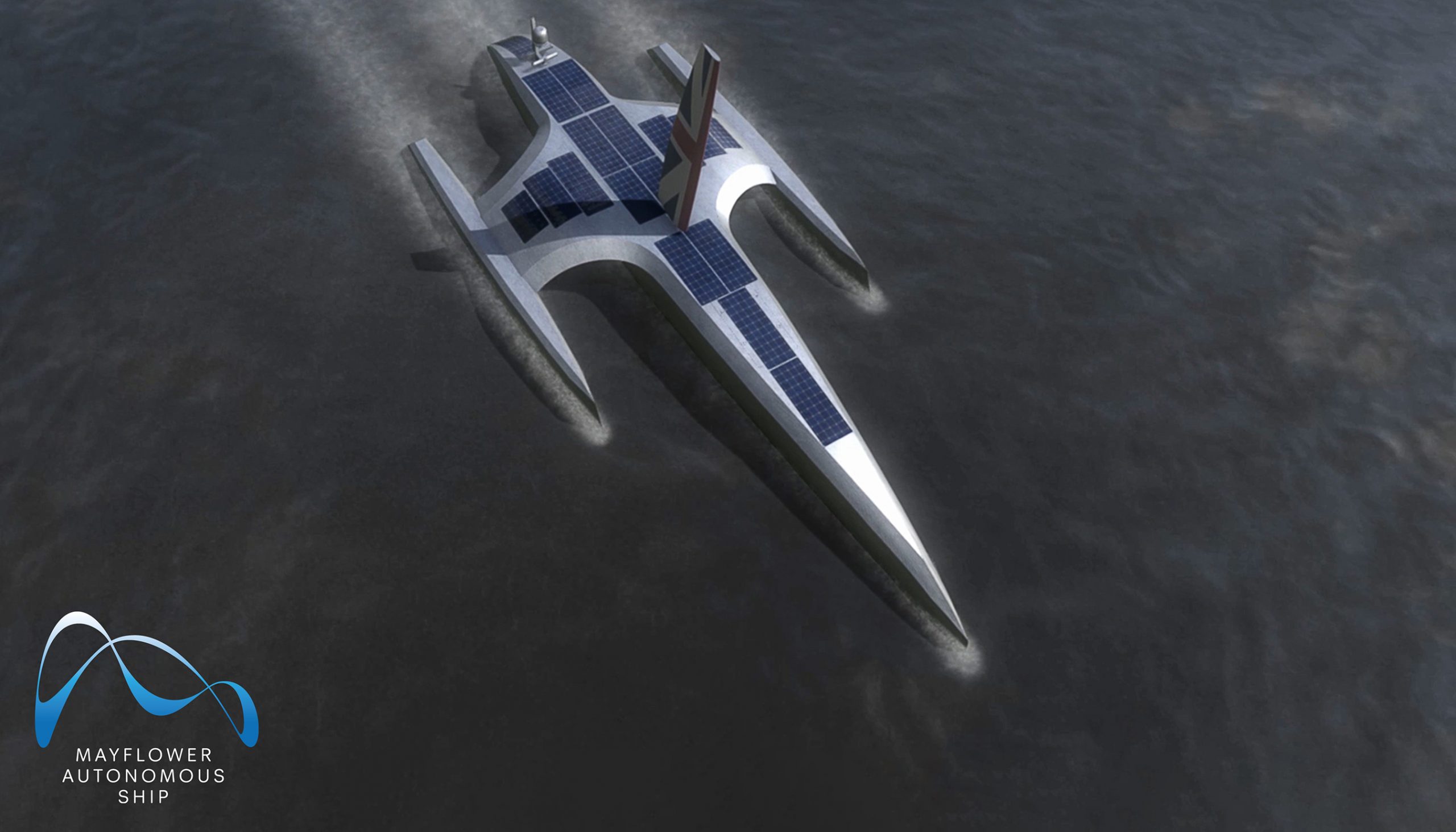 By Ryan Daws | September 15, 2020 | TechForge Media
Categories: Robotics,
Ryan is a senior editor at TechForge Media with over a decade of experience covering the latest technology and interviewing leading industry figures. He can often be sighted at tech conferences with a strong coffee in one hand and a laptop in the other. If it's geeky, he’s probably into it. Find him on Twitter (@Gadget_Ry) or Mastodon (@gadgetry@techhub.social)

IBM’s crewless AI-powered ship is due to begin roaming the oceans this month, collecting vital data about something we still know incredibly little about.

Humans have travelled the sea in some form for tens of thousands of years—with the earliest crossings occurring around 53,000 to 65,000 years ago (when Australo-Melanesian populations migrated into the Sahul landmass – known today as Australia and New Guinea – from what used to be the Sundaland peninsula.)

It’s often said how we know more about the moon than our oceans, with around 95 percent still unexplored. Arguably, the last major ocean research expedition was between 1872 and 1876 when a converted Royal Navy gunship known as the Challenger travelled close to 70,000 nautical miles and catalogued over 4,000 previously unknown species.

Inspired by the Challenger’s story, IBM has teamed up with non-profit ProMare to make a similarly large impact on ocean research.

The autonomous ship, Mayflower, is named after the ship which carried pilgrim settlers from Plymouth, England to Plymouth, Massachusetts in 1620. On its 400th anniversary, it was decided that a Mayflower for the 21st century should be built.

Brett Phaneuf, a Founding Board Member of ProMare and Co-Director of the Mayflower Autonomous Ship project, said:

“Putting a research ship to sea can cost tens of thousands of dollars or pounds a day and is limited by how much time people can spend onboard – a prohibitive factor for many of today’s marine scientific missions.

With this project, we are pioneering a cost-effective and flexible platform for gathering data that will help safeguard the health of the ocean and the industries it supports.”

Naturally, there are more than a few differences between the original ship and the Mayflower Autonomous Ship (MAS).

Mayflower 2.0 no longer relies solely on wind power and will use a wind/solar hybrid propulsion system with a backup diesel generator. The new ship also trades in a compass and nautical charts for navigation in favour of a state-of-the-art GNSS positioning system with SATCOM, RADAR, and LIDAR.

IBM’s deep learning technology is on-board to help the ship traverse the harsh and rapidly-changing environment of the ocean.

Donald Scott, Director of Engineering at Marine AI (which partnered with ProMare on the project), explained:

“In the middle of the ocean, communications are severely limited. Conditions can change very suddenly, and you don’t have the option to stop and power down.

With MAS, we needed to go beyond the existing technology for unmanned ships, creating a vessel that isn’t just operated remotely and doesn’t simply react to the environment, but learns and adapts independently.

To do this, we had to develop state-of-the-art capabilities around navigation, collision avoidance, communications and more.”

The training of AI models for the MAS began in October 2019. The actual hull for the ship arrived in Plymouth in March and sea trials began. Over the next few months, the ship was fitted with its advanced navigation and research equipment.

“IBM helped put man on the moon and is excited by the challenge of using advanced technologies to cross and research our deepest oceans.

By providing the brains for the Mayflower Autonomous Ship, we are pushing the boundaries of science and autonomous technologies to address critical environmental issues.”

MAS’ voyage couldn’t arrive at a more needed time with humans causing huge amounts of damage to the health of our oceans. A UN report found our oceans are now warmer, more polluted, more depleted, and more acidic than ever before.

Rising sea levels are among the key concerns about the impact on humans, but another is the increasing number of plastics in the sea which is simultaneously causing harm to sealife and ending up in the food we eat.

“Microplastics present a substantial challenge to our oceans. Over 700 species come into contact with marine litter which is found from the poles to the equator, and estimates are that the quantity of plastic in the oceans will triple in the decade to 2025.”

However, armed with the right data, it’s not too late to change course and heal our oceans.

MAS is fitted with a range of sensors including acoustic, nutrient, temperature, and water and air samplers. Edge devices will store and analyse all data locally until connectivity is available. When a link has been established, the data will be uploaded to edge nodes onshore.

Unless there are any last-minute delays, MAS is set to depart on its voyage this month. The ship is due to arrive in Plymouth, Massachusetts around two weeks later. Where required, updated deep learning models can be pushed out to the ship.

MAS’ virtual crew will be based in Plymouth, UK but IBM says millions of virtual “pilgrims” will be able to experience the voyage online.