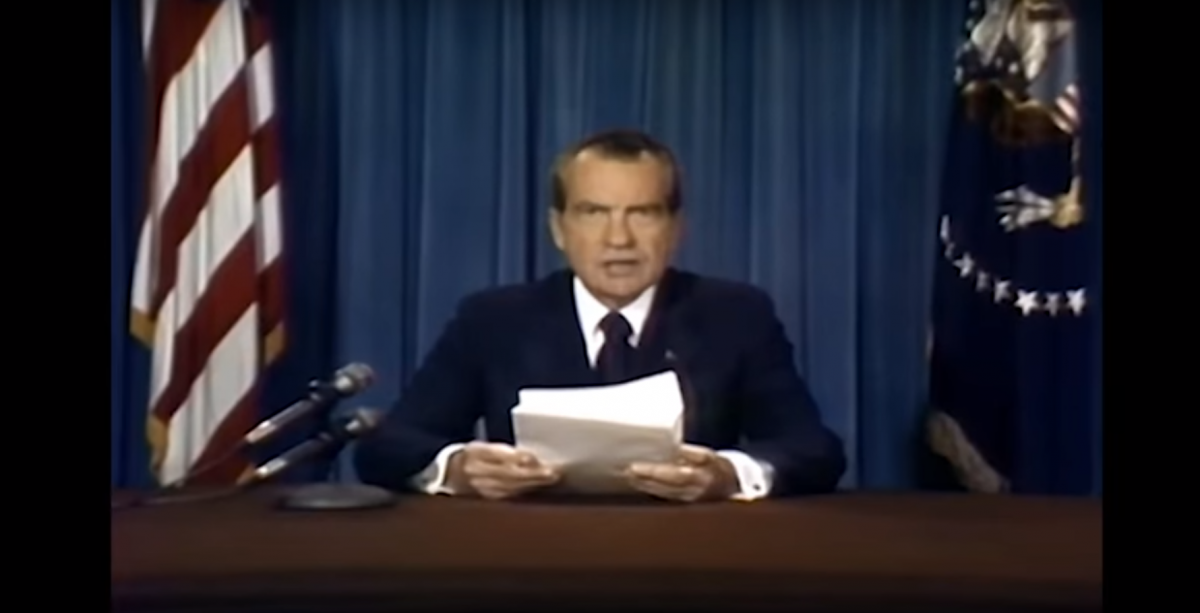 By Ryan Daws | February 6, 2020 | TechForge Media
Categories: Machine Learning,
Ryan is a senior editor at TechForge Media with over a decade of experience covering the latest technology and interviewing leading industry figures. He can often be sighted at tech conferences with a strong coffee in one hand and a laptop in the other. If it's geeky, he’s probably into it. Find him on Twitter (@Gadget_Ry) or Mastodon (@gadgetry@techhub.social)

In the latest creepy deepfake, former US President Nixon is shown to announce that the first moon landing failed.

Nixon was known to be a divisive figure but certainly recognisable. The video shows Nixon in the Oval Office, surrounded by flags, giving a presidential address to an eagerly awaiting world.

However, unlike the actual first moon landing – unless you’re a subscriber to conspiracy theories – this one failed.

Here are some excerpts from the full video:

What makes the video more haunting is that the speech itself is real. Although never broadcast, it was written for Nixon by speechwriter William Safire in the eventuality the moon landing did fail.

The deepfake was created by a team from MIT’s Center for Advanced Virtuality and put on display at the IDFA documentary festival in Amsterdam.

In order to recreate Nixon’s famous voice, the MIT team partnered with technicians from Ukraine and Israel and used advanced machine learning techniques.

We’ve covered many deepfakes here on AI News. While many are amusing, there are serious concerns that deepfakes could be used for malicious purposes such as blackmail or manipulation.

Ahead of the US presidential elections, some campaigners have worked to increase the awareness of deepfakes and get social media platforms to help tackle any dangerous videos.

Back in 2018, speaker Nancy Pelosi was the victim of a deepfake that went viral across social media which made her appear drunk and slurring her words. Pelosi criticised Facebook’s response, or lack thereof, and later told California’s KQED: “I think they have proven — by not taking down something they know is false — that they were willing enablers of the Russian interference in our election.”

As part of a bid to persuade the social media giant to change its policies on deepfakes, Israeli startup Canny AI created a deepfake of Facebook CEO Mark Zuckerberg – making it appear like he said: “Imagine this for a second: One man, with total control of billions of people’s stolen data, all their secrets, their lives, their futures.”

Last month, Facebook pledged to crack down on deepfakes ahead of the US presidential elections. However, the new rules don’t cover videos altered for parody or those edited “solely to omit or change the order of words,” which will not sound encouraging to those wanting a firm stance against potential voter manipulation.