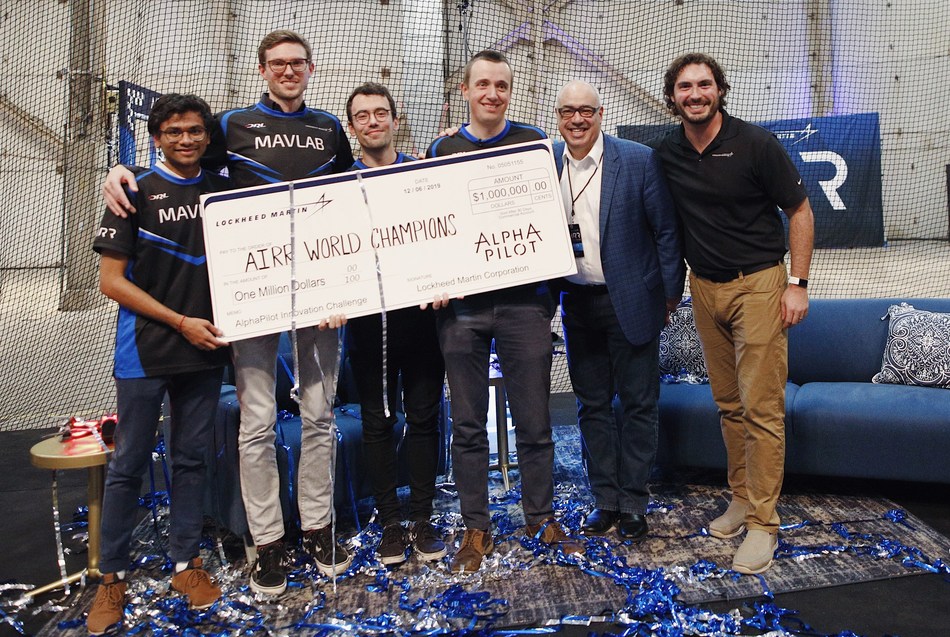 By Ryan Daws | December 10, 2019 | TechForge Media
Categories: Robotics,
Ryan is a senior editor at TechForge Media with over a decade of experience covering the latest technology and interviewing leading industry figures. He can often be sighted at tech conferences with a strong coffee in one hand and a laptop in the other. If it's geeky, he’s probably into it. Find him on Twitter: @Gadget_Ry

While AIs are increasingly beating us mere mortals at many things, racing drones is something we still have the upper hand at.

The Drone Racing League (DRL) orchestrated its first AI racing competitions this year, with the final of a four-part series held in Texas earlier this month. The races aim to advance the development and testing of fully autonomous drone technologies for real-world applications including disaster relief, search and rescue missions, and space exploration.

The DRL RacerAI is the first autonomous drone designed to defeat a human in a physical sport. The drone features the NVIDIA Jetson AGX Xavier AI-at-the-edge compute platform in addition to four onboard stereoscopic cameras which enable the AI to detect and identify objects with twice the field of view as human pilots.

Aerospace giant Lockheed Martin launched the AlphaPilot challenge, a competition to develop AI for racing drones. A total of 424 developer teams, representing 2300 innovators from over 80 countries, applied to take part.

The AlphaPilot team with the fastest AI code, Team MAVLab from the Netherlands, took home a $1 million prize from Lockheed Martin and was eligible to battle a human pilot to earn a further $250,000.

“We are excited to recognise Team MAVLab and award them with the $1 million prize, but the most energizing part of this competition is seeing how Lockheed Martin’s partnership with DRL inspired great emerging global AI talent to help our world leverage AI and autonomous technologies.”

Gab707 beat the AI drone by five seconds with a course time of six seconds. Team MAVLab’s AI, while an admirable effort, took almost twice as long at 11 seconds.

While Team MAVLab didn’t win the extra $250,000 this time, both participants can be proud of playing their part in the first human versus AI drone racing competition.

“Robotic sports, like drone racing, push the limits of speed and performance while creating thrilling opportunities to test and refine tech innovation for the real-world – as seen through DRL’s groundbreaking partnership with Lockheed Martin,” said DRL CEO and Founder, Nicholas Horbaczewski.

“We are incredibly excited for Team MAVLab, who designed the winning AI for high-speed racing drones in AIRR, contributing to the future of autonomous flight, which will revolutionise emergency response, aerial surveying, and urban package delivery.”

For fans interested in watching the futuristic final of AI-powered drones racing against each other, DRL will air highlights from the AIRR Championship on Sunday, December 29th at 4pm ET on NBC and via @DroneRaceLeague on Twitter.

One comment on “Humans are still beating AIs at drone racing, for now”