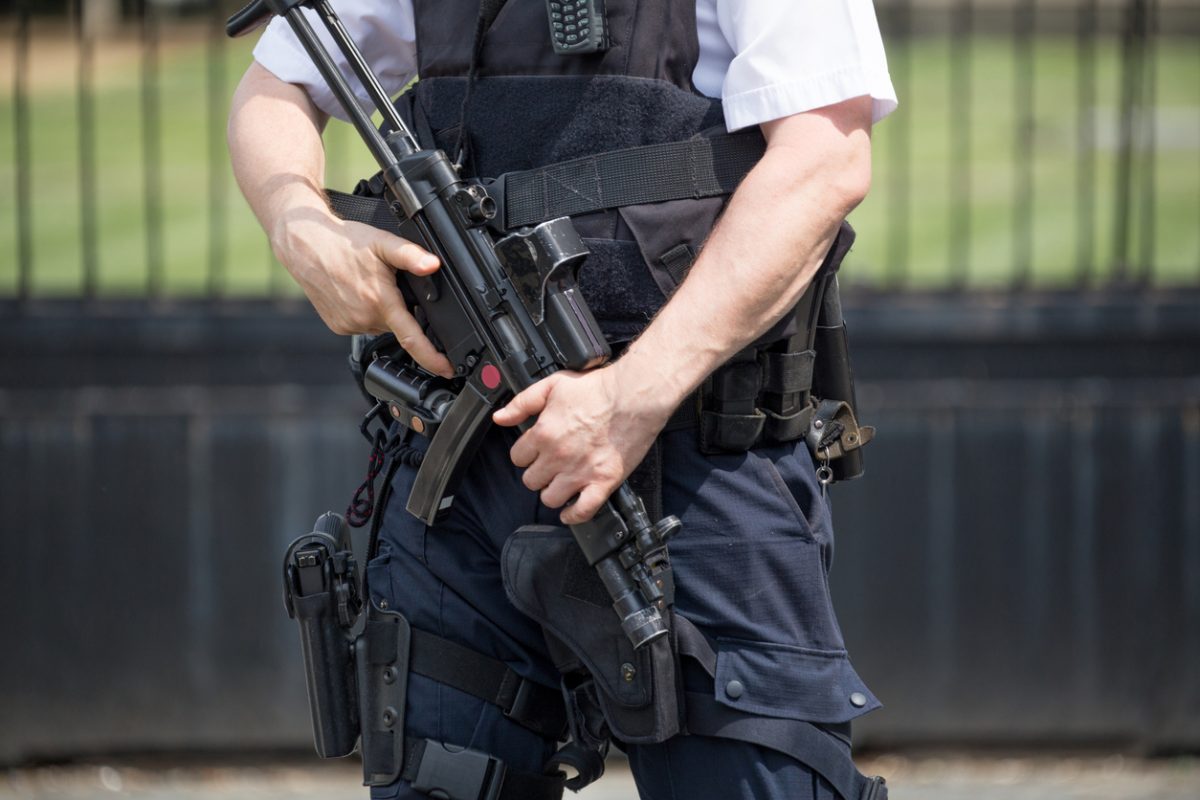 By Ryan Daws | September 18, 2019 | TechForge Media
Categories: Artificial Intelligence,
Ryan is a senior editor at TechForge Media with over a decade of experience covering the latest technology and interviewing leading industry figures. He can often be sighted at tech conferences with a strong coffee in one hand and a laptop in the other. If it's geeky, he’s probably into it. Find him on Twitter: @Gadget_Ry

Facebook is using videos of British police firearms training to teach an AI to quickly spot shootings broadcast on its platform and limit their exposure.

Live-streaming poses a very modern but serious problem. As evident with the white supremacist attack in Christchurch in March, live-streams of terrorism can quickly go viral and taking down videos manually is often a slow process.

Automation can step-in to help identify and remove content to prevent terrorists from achieving the attention they seek. In order to teach its AI how to spot shootings, Facebook is teaming up with police in the UK.

“Facebook’s work tackling threats from terrorism and extremism never stops. We invest heavily in people and technology to keep people safe on our platforms. But we can’t do it alone.

This partnership with the Met Police will help train our AI systems with the volume of data needed to identify these incidents. And we will remain committed to improving our detection abilities and keeping harmful content off Facebook.”

The police are providing first-person perspective videos from officers’ firearms training to Facebook. The clips will help the social media giant train its algorithms to detect shootings on live-streams.

Not only will early detection enable Facebook to more quickly remove terrorist videos, but it will also help to alert the police faster. The quicker a response can be deployed, the more lives can be potentially saved.

The police became involved with the project through the Counter-Terrorism Internet Referral Unit’s (CTIRU) long-standing relationship with Facebook.

“As a result of the unit’s relationship with Facebook, coupled with the world-renowned expertise of the Met Police Firearms Command, the Met has been invited to take part in this innovative project.

The technology Facebook is seeking to create could help identify firearms attacks in their early stages and potentially assist police across the world in their response to such incidents.

Technology that automatically stops live streaming of attacks once identified, would also significantly help prevent the glorification of such acts and the promotion of the toxic ideologies that drive them.”

Officers from the world-renowned Firearms Command regularly train to respond to a wide variety of scenarios. These scenarios can include hostage situations carried out on land, water, public transport, and more.

Such a variety of footage will help Facebook train its AI to also recognise a large number of active shooter situations.