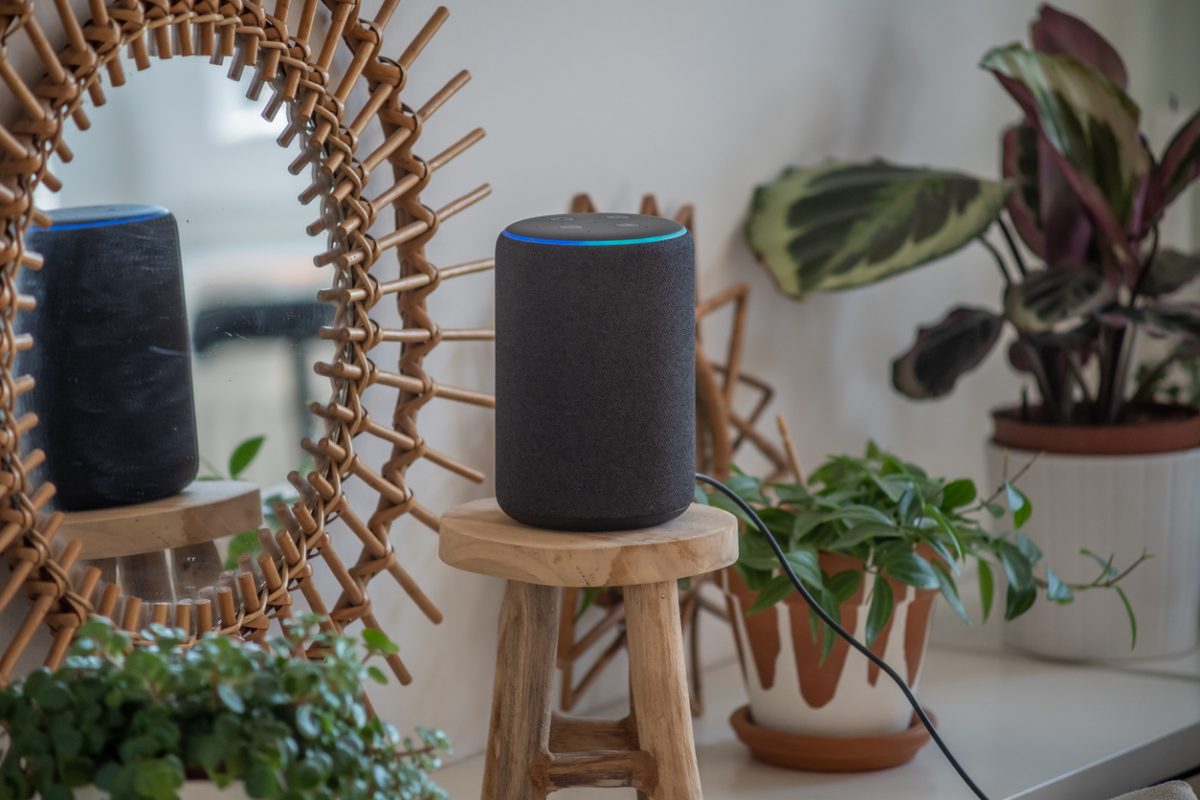 By Ryan Daws | May 29, 2019 | TechForge Media
Categories: Amazon, Ethics & Society, Privacy, Virtual Assistants, Voice Recognition,
Ryan is a senior editor at TechForge Media with over a decade of experience covering the latest technology and interviewing leading industry figures. He can often be sighted at tech conferences with a strong coffee in one hand and a laptop in the other. If it's geeky, he’s probably into it. Find him on Twitter: @Gadget_Ry

A patent filed by Amazon envisions a future where Alexa listens to users 24/7 without the need for a wakeword.

Current digital assistants listen for a wakeword such as “Ok, Google” or “Alexa,” before recording speech for processing. Especially for companies such as Google and Amazon which thrive on knowing everything about users, this helps to quell privacy concerns.

There are some drawbacks from this approach, mainly context. Future AI assistants will be able to provide more help when armed with information leading up to the request.

Today, such a task would require three separate requests.

Amazon’s patent isn’t quite as complex just yet. The example provided in the filing envisions allowing the user to say things such as “Play ‘And Your Bird Can Sing’ Alexa, by the Beatles,” (Note the wakeword after the play song command.)

“Many Amazon Alexa users will likely be alarmed by today’s news that the company’s latest patent would allow the devices – commonplace in homes across the UK – to record everything a person says before even being given a command. Whilst the patent doesn’t suggest it will be installed in future Alexa-enabled devices, this still signals an alarming development in the further surrender of our personal privacy.

Given the amount of sensitive information exchanged in the comfort of people’s homes, Amazon would be able to access a huge volume of personal information – information that would be of great value to cybercriminals and threat actors. If the data isn’t secured effectively, a successful breach of Amazon’s systems could have a severe knock-on effect on the data security and privacy of huge numbers of people.

If this patent comes into effect, consumers need to be made very aware of the ramifications of this – and to be fully briefed on what data is being collected, how it is being used, and how they can opt out of this collection. Amazon may argue that analysing stored data will make their devices smarter for Alexa owners – but in today’s digital era, such information could be used nefariously, even by trusted parties. For instance, as we saw with Cambridge Analytica, public sector bodies could target election campaigns at those discussing politics.

There’s a world of difference between temporary local storage of sentences, to determine if the command word has been used, and bulk retention of data for long periods, or permanently – even if the listening process is legitimate and consumers have opted in. There have already been criticisms of Amazon for not making it clear what is being recorded and stored – and we are concerned that this latest development shows the company moving in the wrong direction – away from data visibility, privacy, and consent.”

There’s a joke about Uber that society used to tell you not to get into cars with strangers, and now you’re encouraged to order one from your phone. Lyft has been able to ride in Uber’s wake relatively negative PR free.

Getting the balance right between innovation and safety can be a difficult task. Pioneers often do things first and face the backlash before it actually becomes somewhat normal. That’s not advocating Amazon’s possible approach, but we’ve got to be careful outrage doesn’t halt progress while remaining vigilant of actual dangers.