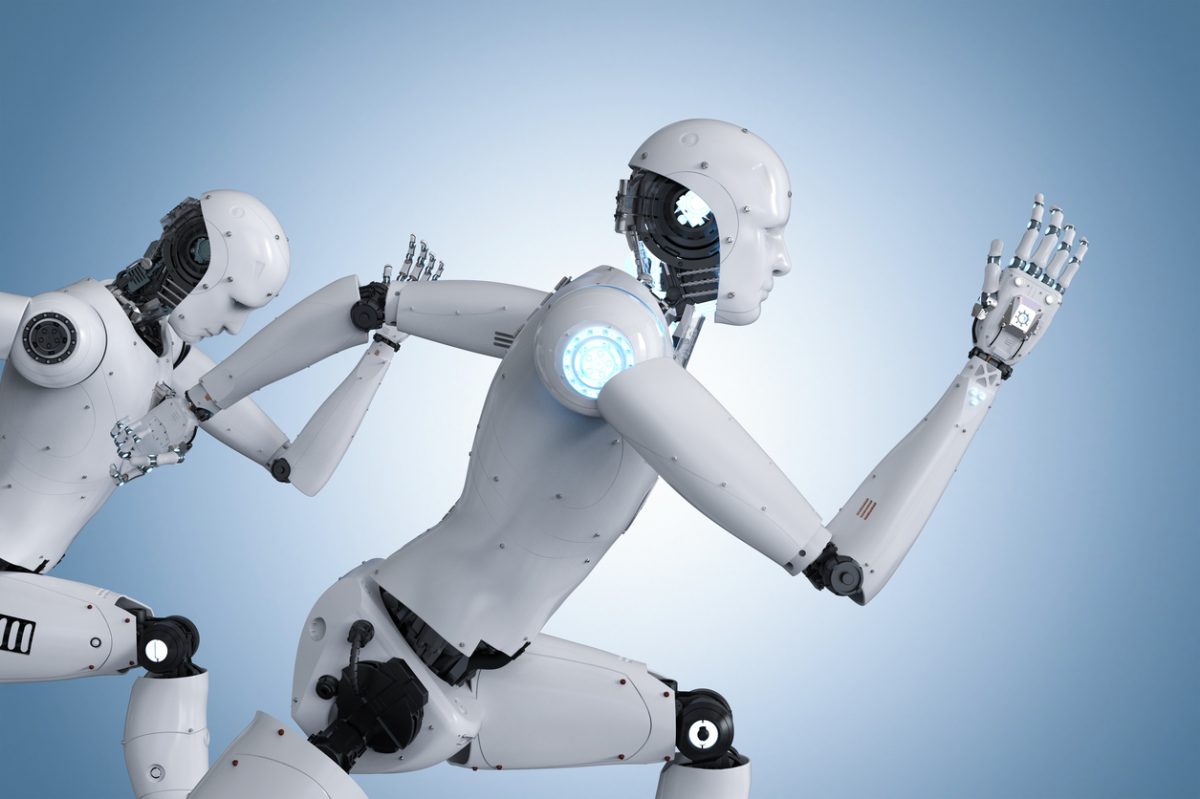 By Ryan Daws | April 19, 2018 | TechForge Media
Categories: Healthcare, Machine Learning, Research,
Ryan is a senior editor at TechForge Media with over a decade of experience covering the latest technology and interviewing leading industry figures. He can often be sighted at tech conferences with a strong coffee in one hand and a laptop in the other. If it's geeky, he’s probably into it. Find him on Twitter (@Gadget_Ry) or Mastodon (@gadgetry@techhub.social)

During a panel at the AI Tech Expo in London, we heard from several figures from professional football clubs who are using AI to get the edge over their competition both on and off the field.

Fitzpatrick has been with Newcastle United for around five years and has witnessed the increasing demand for IoT and AI technologies. The football club had around five GPS units when he joined to analyse players’ movements, but this number has now swelled to over 100.

“Every player, from the first team down to the under 15s will be analysed in every training session,” says Fitzpatrick. ”Now it’s about talking about what we did in training and be more proactive and predictive with what we’re doing with the data.”

Protecting the personal data of athletes while collecting this data is a necessity. Certainly in Europe, with GDPR, it will soon be enshrined in law with severe penalties for non-compliance. Explicit consent for collecting and sharing player data must be received.

“Not only are we protecting the intellectual property of the club, but we’re working with data that is personal,” comments Copeto. “We need to be able to anonymise the data so we can share it without giving too much information.”

In many cases, like when sharing data with universities for their research, this data can be completely anonymised. Some of the most exciting possibilities, however, can only be unlocked by personally identifying players which may pose a problem.

Everyone knows and has an opinion on the huge salaries footballers get paid. They are costly enough to a club at the best of times, but an injury which puts a player out of action for say nine months provides even less value.

By using AI and predictive modelling, clubs may be able to predict injuries to certain players and their recovery time. Managers can then either take action to avoid the injury or make preparations for continuing without them.

“What we want to do is predict, this is what we’re looking for, everything else we can do,” explains Copeto. “The answer to AI in sport is prediction.”

To keep costs down whilst ensuring a team is as competitive as can be, AI could even be used for scouting talent. Players which could have the biggest impact can be identified earlier on in their careers when their salaries are less demanding than seasoned professionals.

“Can we perform tests on young players? Try and understand their trajectory as they grow older and whether they’ll become premier league players,” muses Fitzpatrick. “That would save us a lot of money if we can produce our own players rather than buying them in.”

Even more exciting for a club is to implement this knowledge into whether particular strategies are likely to result in a win. Much like a business, this is not information you want your competitors to know and therefore security must be a priority. In fact, rather than rely on an off-the-shelf cloud solution, Copeto iterates the need to build your own layer.

What data to share, and what not to, has long plagued technology companies. AI is a great example of where the technology advances quickest when data is open sourced and knowledge shared.

“Closed models are not successful, you need a very well defined model that’s open to changes,” comments Mauricio. “Then, it’s a question of communication inside.”

As alluded by Mauricio, sporting clubs often face the problem of how to even get internal teams to share. Sports performance experts, coaches, dieticians, science, doctors, and IT can all have trouble communicating, and their data can end up existing within their own silos.

Data has been collected from around the past ten years which can already recount things such as every touch of the ball a player has. Bringing all of this data together and using AI to make sense of it is what’s going to unlock the most, quite literally, game-changing advancements.

What are your thoughts on the use of AI in sport? Let us know in the comments.